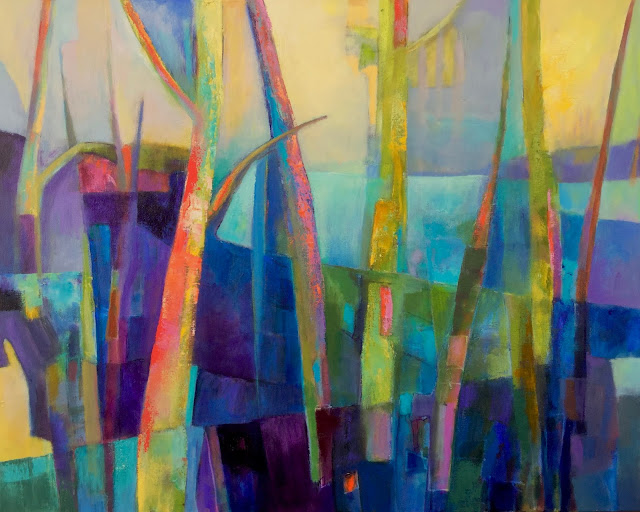 Landscape Prism
24" x 30" - acrylic & oil on canvas - $400
I finished this painting last April, but with other things happening I did not have a chance to post it. It evolved out of another painting based on a similar landscape design that featured 'foreground trees in front of a body of water, with a distant shore in the background'. I worked on both of them at the same time, but this one took an entirely different path. Below are the first three stages. 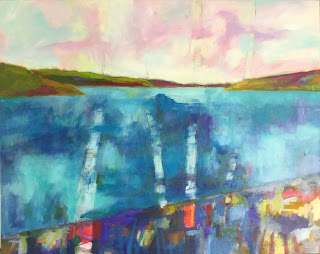 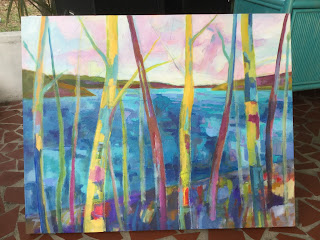 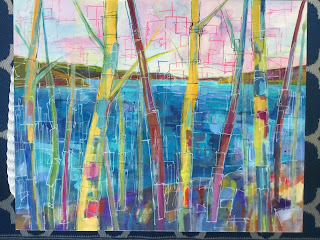 At this point I started attending a Master Class with painter Tom Stephens at the Sarasota Art Centre. The idea was that you would bring your current work and paint in a collegial environment and receive critical feedback- in other words - coaching. As someone who paints alone I was feeling in need of some peer review, so I signed up. This is the painting I took with me to the group on the first day, six weeks ago. Among Tom's comments was the important advice that you just have to dig in and push the paint around to see what happens next. It was the same advice I would have (and have) given to students, so I did, mostly going with my intuition. 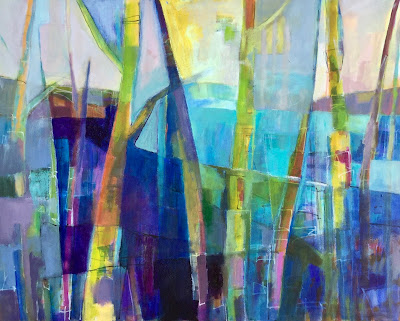 The result was a simplification of the design into fewer, larger and more interesting shapes, and the toning down of some colour areas with some neutral greys. The surface of the painting became more nuanced, layered and interesting. Eventually all the areas were resolved, with the final touches of oil paint, applied liked icing on the cake. It was not how I imagined the painting would look in the beginning, but I was very pleased in the end.

Posted by Patricia MacDonald at 3:04 pm