The Evolution of a Painting - Day 1

Who cannot look at a lily pond and not think of light, colour, art and of course Claude Monet. Monet (1840–1926) painted approximately 250 oil paintings featuring water-lilies or Nymphéas, and were the main focus of Monet's artistic production during the last thirty years of his life. In May, I was in Paris for a few days and saw the cycle of eight water-lily painting murals at the Musée de l'Orangerie. 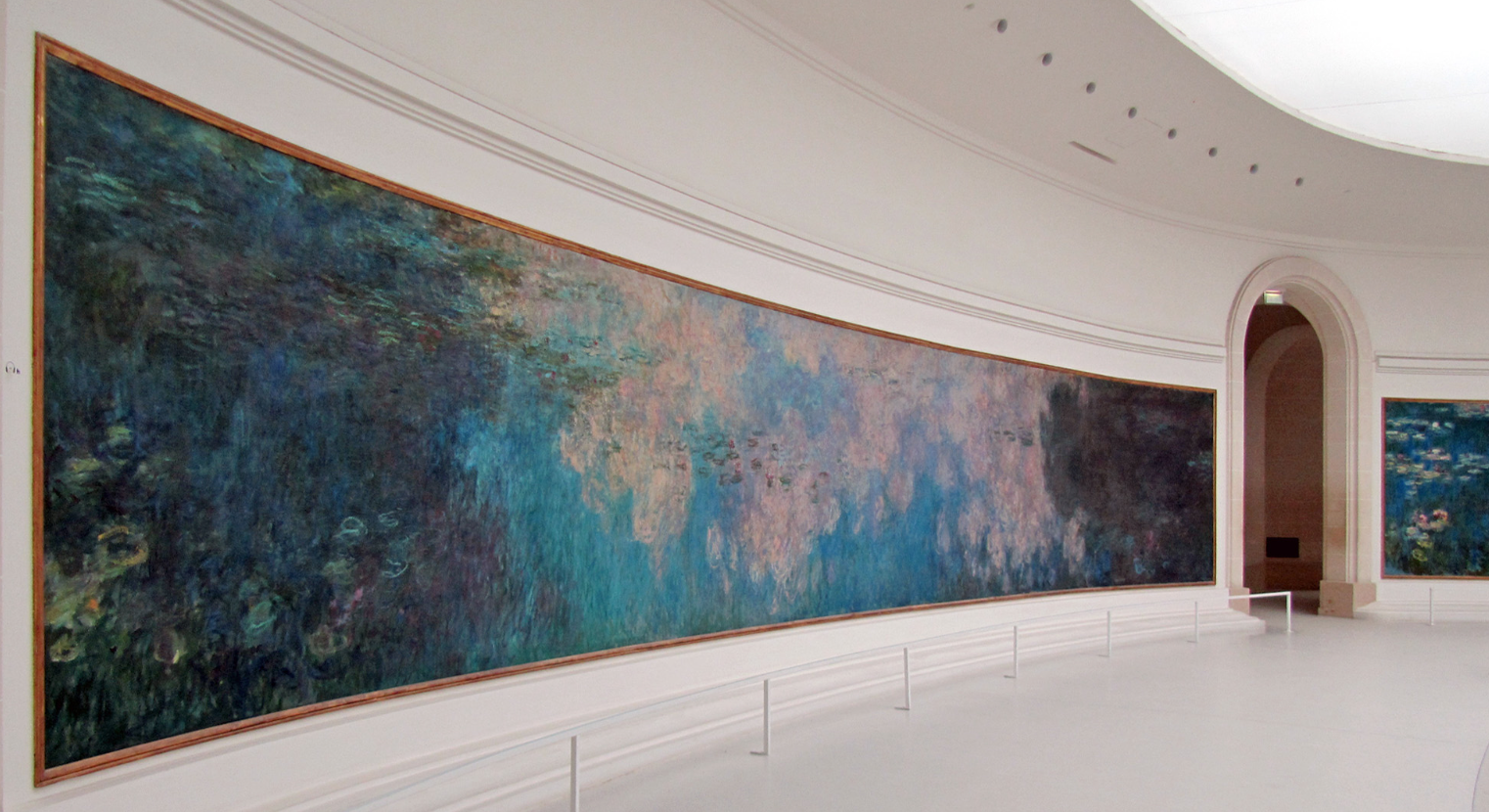 It was interesting to see how large they actually are - 6.5 feet tall and if lined up side by side, 298 feet in width. As I walked back and forth, moving in close to see the texture and build up of paint, then stepping back to see how one area appeared, then moving in again and along the canvas I was not only impressed with the vision of symphonic colour, but the physical demands that painting even one such enormous canvas would have demanded from a younger person, let alone an man already elderly.
But I am digressing..... 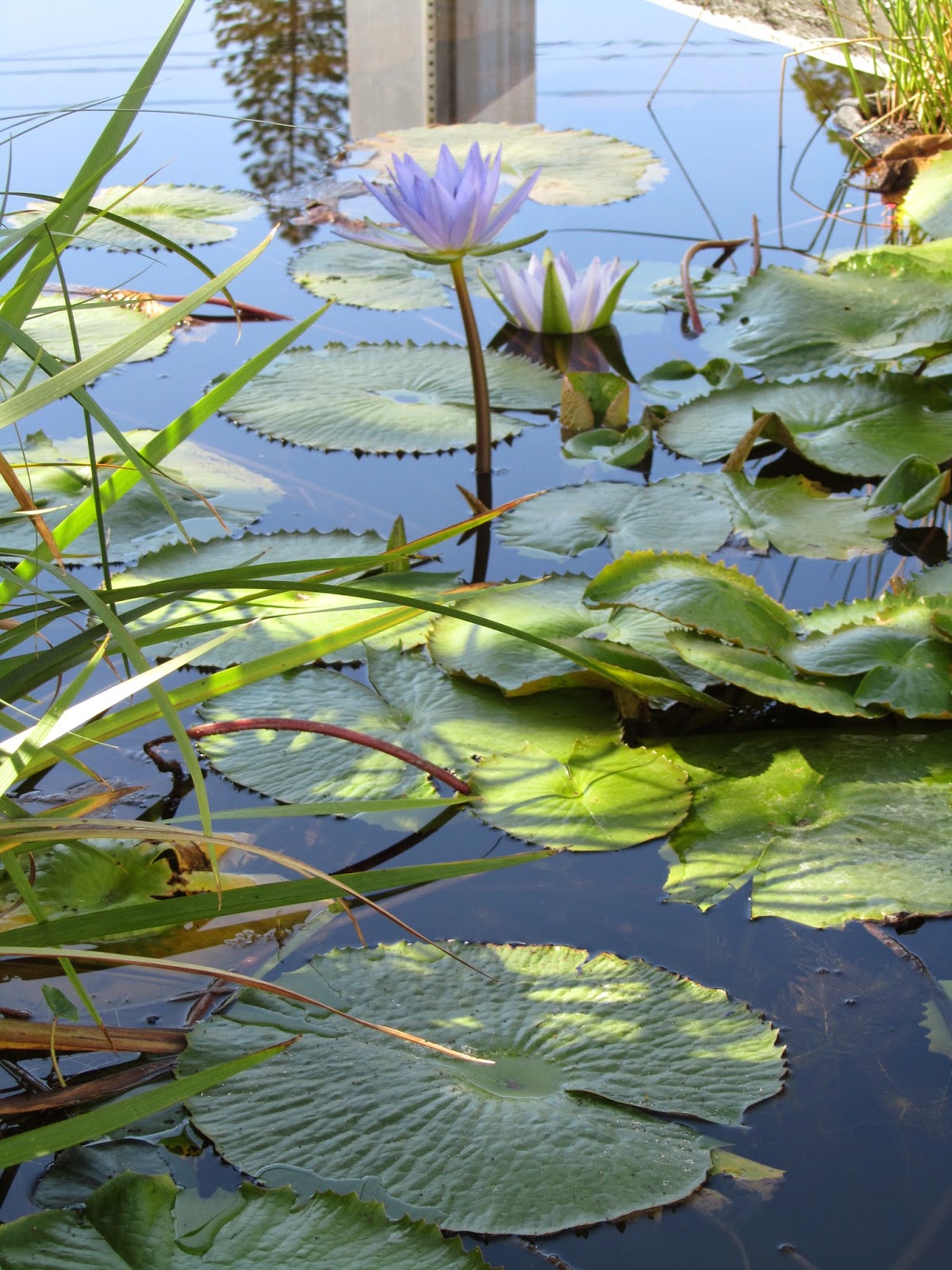 I came across a lily pond in Florida a couple of years ago - it was really a raised circular concrete pool with tropical vegetation surrounding it - and because the light was right and the colours of the flowers, water and lily pads, and the reflections were so interesting, I took lots of photos. I eventually painted two works inspired by the photos, and recently had another look through the collection, and saw some potential for a new composition in a 'detail' from the photo above. 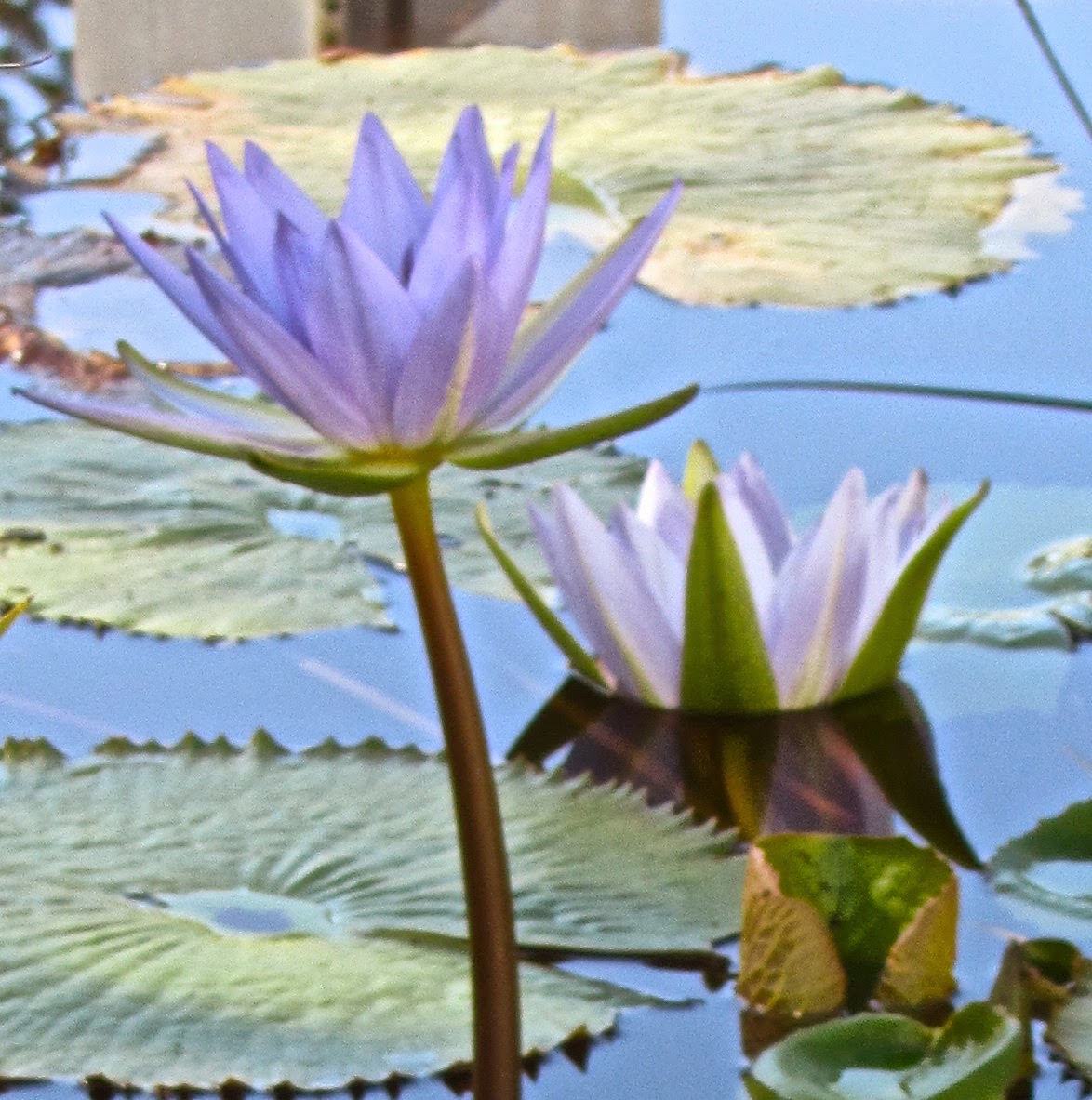 detail
I chose a large canvas -  48" x 48" - as I wanted to depict the subject larger than life. I love painting big and was excited to start, so quickly sketched on the image and began to paint, selecting a palette that basically followed what I saw in the photo. Big canvases require a lot of paint and application work and getting essentially one layer of colour everywhere took several hours - by which time it looked like this. 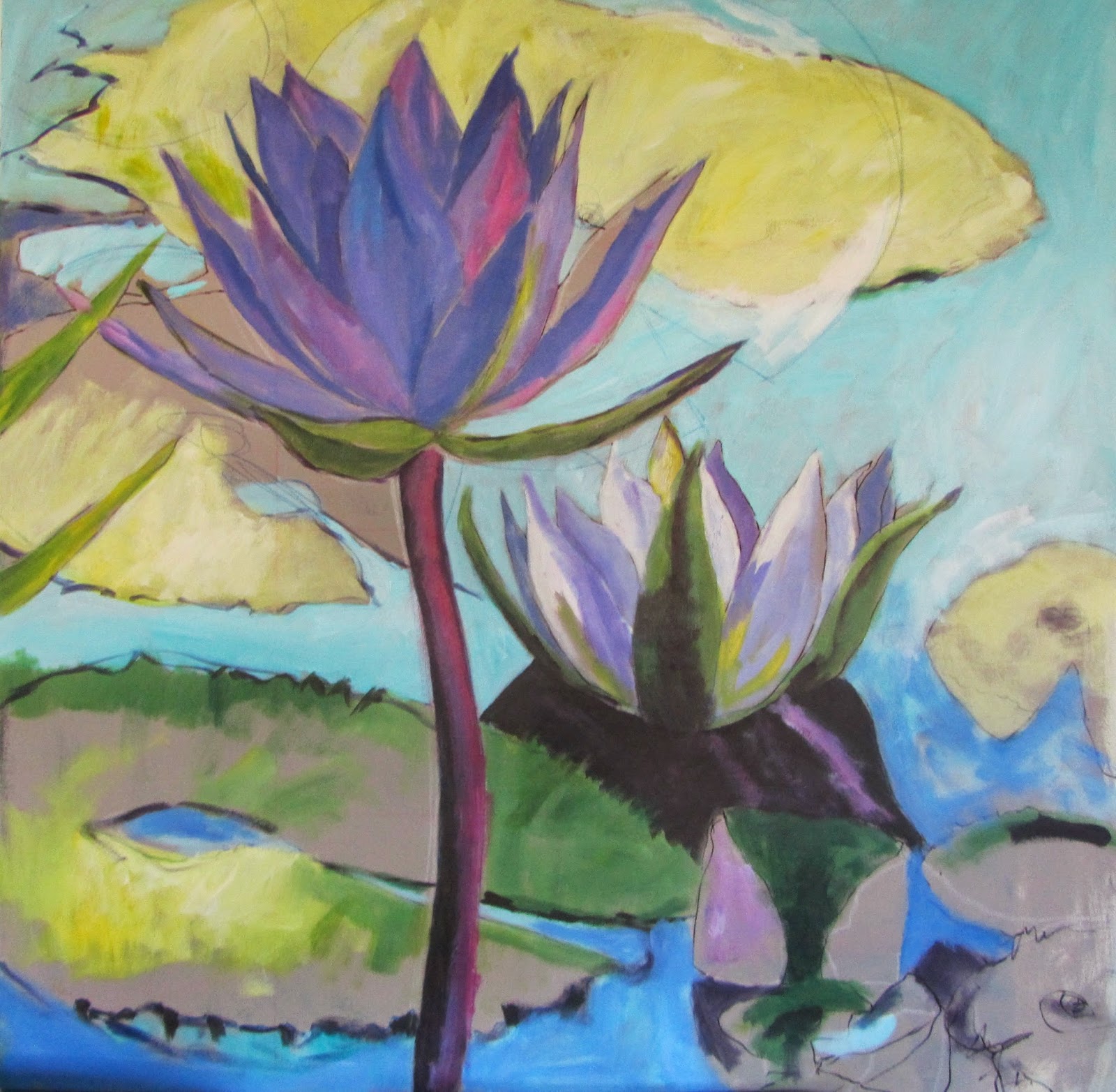 day 1
I felt that it was a good start but I could also see the problems that would face me the next day. I already didn't like the shape of the larger lily pads. They were fine in the photo, but despite drawing them fairly accurately, they did not look right on the canvas. Then there were the other bits in the bottom right corner......it was a good time to stop and sleep on it.


Posted by Patricia MacDonald at 12:15 pm