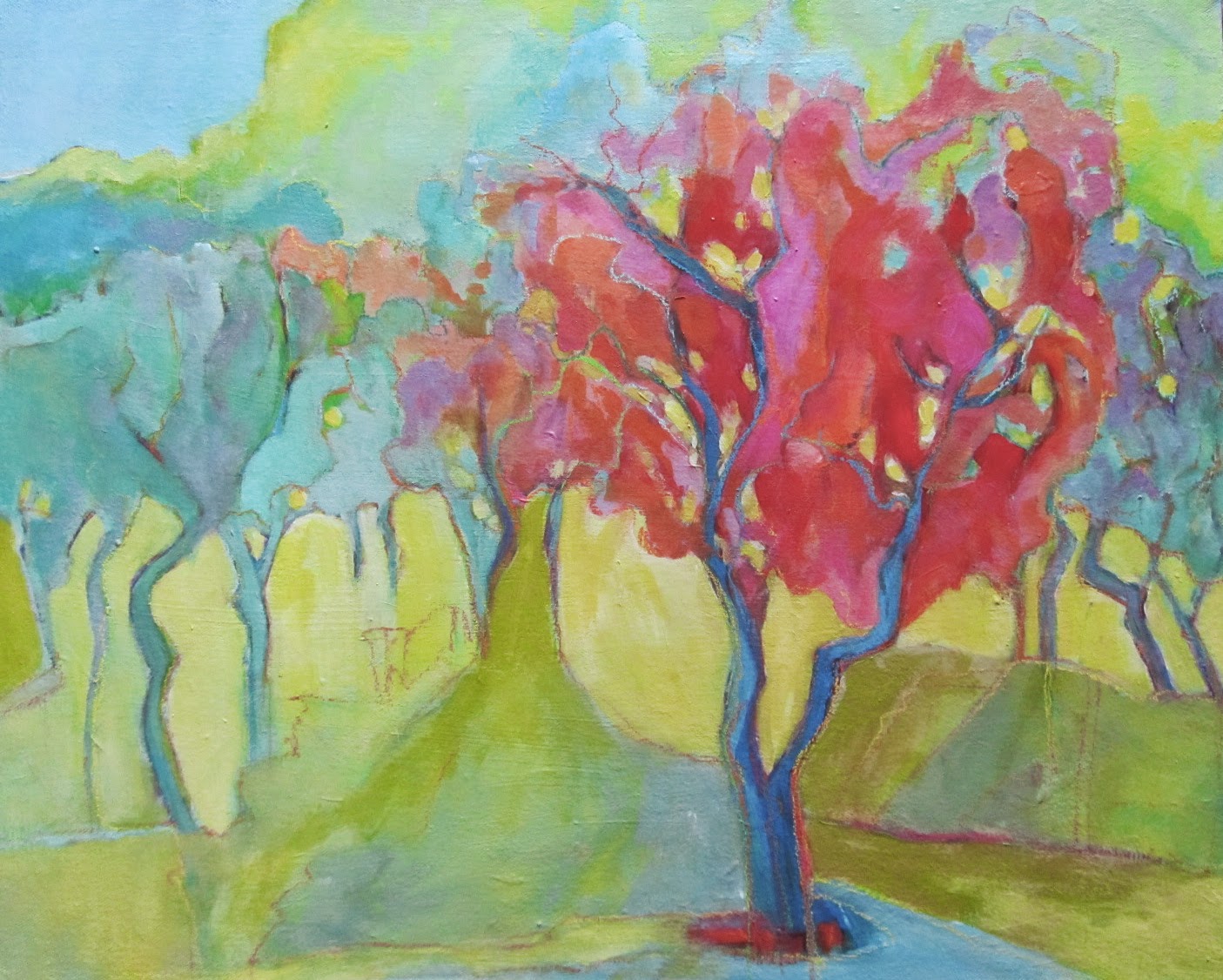 Olive Trees Near Saint-Remy
16" x 20" - acrylic on canvas
This is for sale - contact me for price if interested.
This is the second painting featuring olive trees, based on a photo I took near Saint-Remy de Provence. 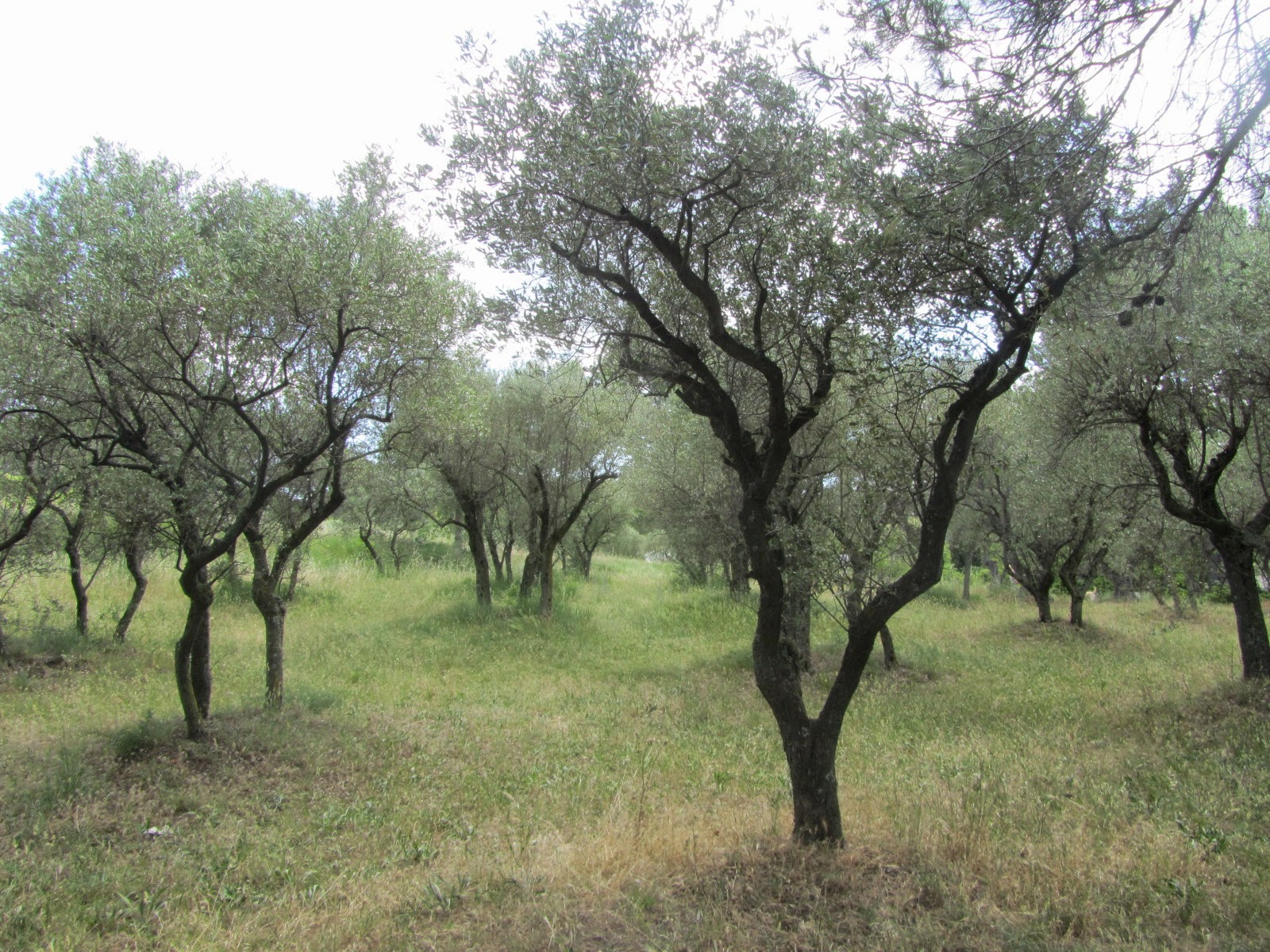 At the end of May I spent a week based in the delightful city of Arles, famous for its Roman ruins and it's connection with Vincent Van Gogh. From there we did day trips to various places in the region, including to the Saint-Paul de Mausole, a hospital or asylum near Saint-Remy de Provence. It's most famous patient was Vincent who spent a year there (after cutting off his ear), from May 1889 to May 1890. During his stay he painted over 150 canvases - many his best known and loved works.

"Saint-Paul began as an Augustine monastery in the 12th century, and was converted into an asylum in the 19th century. It is located in an area of cornfields, vineyards and olive trees and at the time was run by a former naval doctor, Dr. Theophile Peyron. Vincent's brother Theo arranged for him to have two small rooms there —one a bedroom and the other a studio. Though he entered the asylum voluntarily, Vincent was initially confined to the immediate asylum grounds and painted (without the bars) the world he saw from his room, such as ivy covered trees, lilacs, and irises of the garden. Through the open bars he could also see an enclosed wheat field, the subject of many paintings at Saint-Rémy. As he ventured outside of the asylum walls, he painted the wheat fields, olive groves, and cypress trees of the surrounding countryside, which he saw as "characteristic of Provence."  The imposed regimen of asylum life gave Vincent a hard-won stability: I feel happier here with my work than I could be outside. By staying here a good long time, I shall have learned regular habits and in the long run the result will be more order in my life."

It was quite inspiring to be in a an area where he had painted, and see some of the views he may have seen!

Posted by Patricia MacDonald at 10:05 am