Laying Down the (first) Fish Mosaic 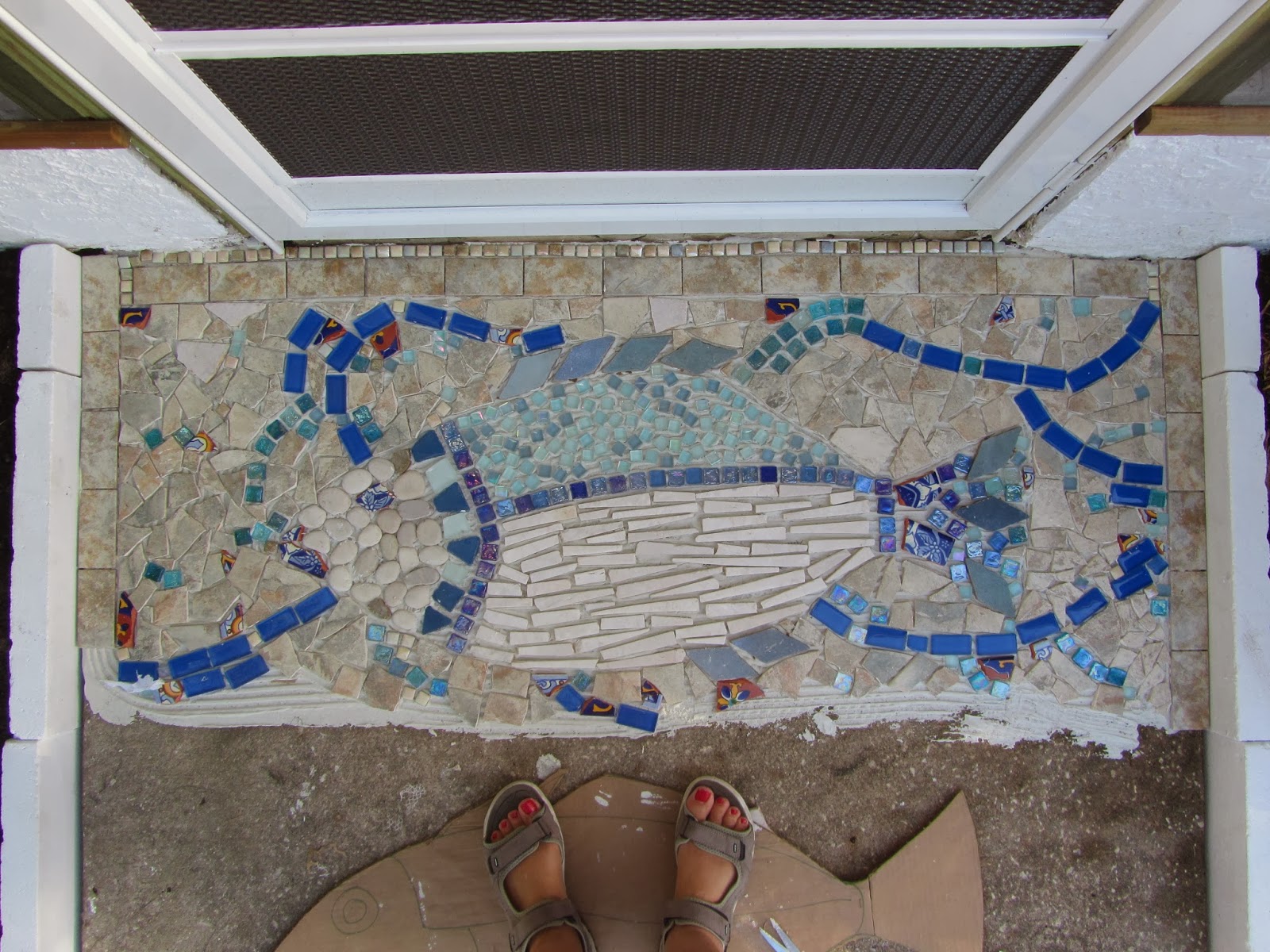 My porch has become a 'mosaic studio', having all the flat surfaces covered with tiling paraphernalia, and the only way to re-claim that space was to move my tile-covered fish templates outside and begin laying them down. The Home Depot staff advised certain adhesive and grouting materials and after a lesson from my husband in mixing the non-sanded adhesive goop, we began. I say 'we' because even though I thought I could do it all myself, I really did need the assistance of my wonderful, more experienced life-partner. So we worked together - it was like doing a jig-saw puzzle, but somewhat more stressful. It took longer than I thought it would (about 2 hours), but fortunately the adhesive mixture did not dry as quickly as I had thought it would when we began. Enough adhesive had been mixed to cover about a third of the 5 foot square pad, and that is how much we filled in. My husband skimmed on the adhesive goop, then I laid down the border tiles. After that I lightly scratched the shape of the fish into the goop, and then we both began to fill it in, removing the tiles from the cardboard template but improvising too. Once the fish was filled in, I then put down the dark blue glass tiles (wave lines) and then we added the water/background tiles around the fish. It was a physically exhausting process (as awkward the kneeling-body positioning was required), but the results so far, are worth it. What do you think? 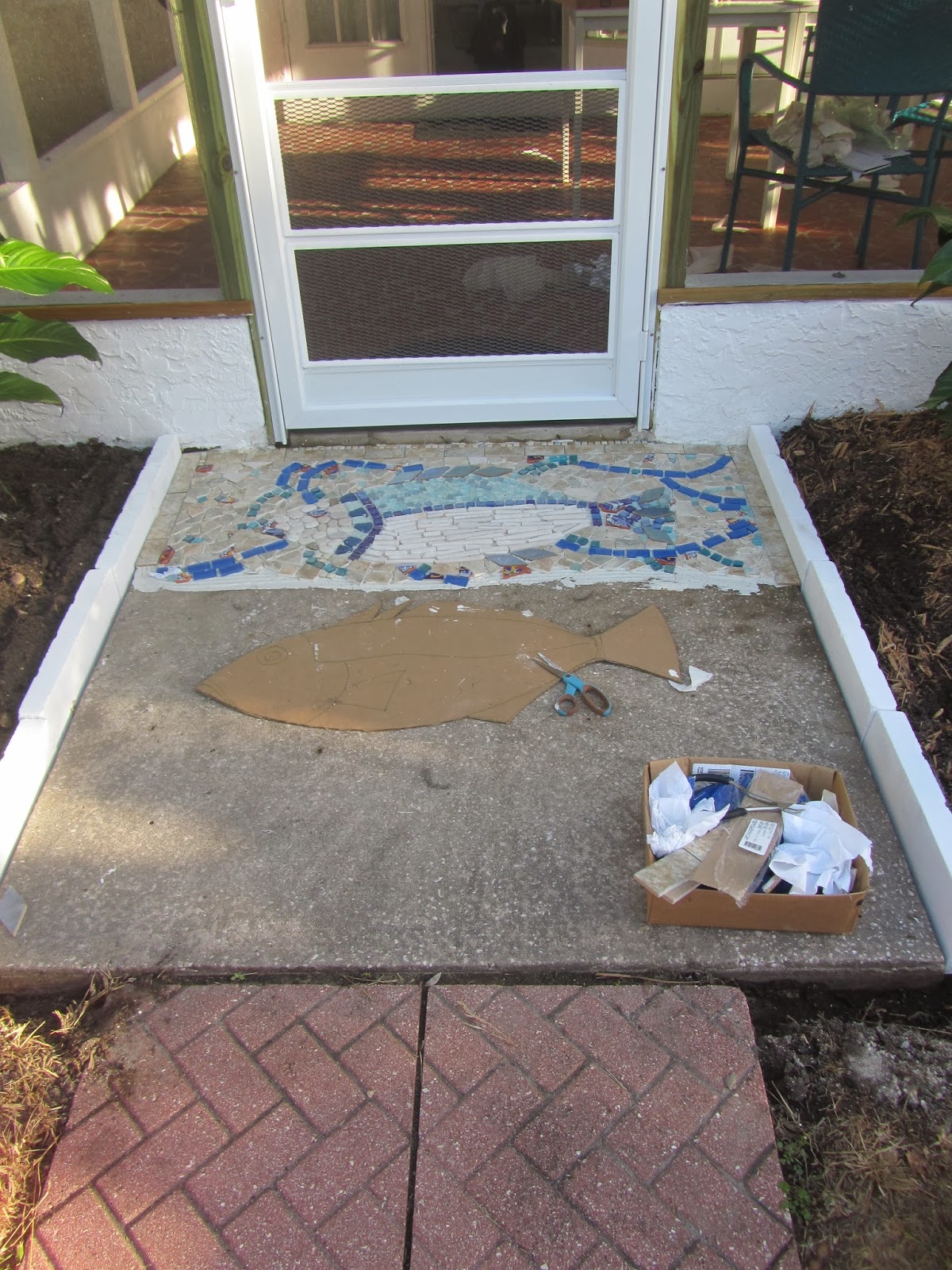 Posted by Patricia MacDonald at 7:30 am